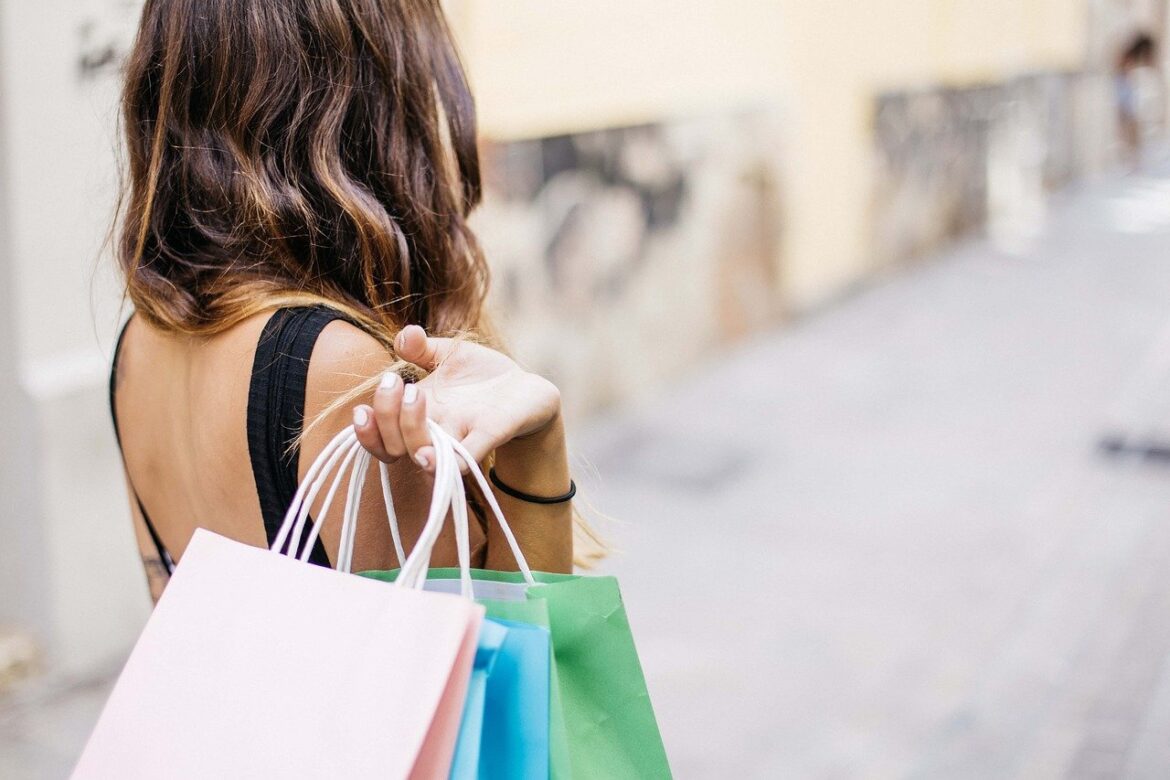 City of art and history, Paris is also considered a fashion capital and it is therefore not surprising that many French and foreigners enjoy spending one or more shopping days there.

Before going to the Parisian department stores, we invite you to discover their history.

Due to the ever-increasing number of its inhabitants, the authorities of the city of Paris had to solve very quickly the problem of their supply. The goods were then mainly transported by river and, since the Middle Ages, the boats disembarked them at the port of the water merchants, on the Place de Grève, which is now the Esplanade de la Libération.
The city’s location on the Seine also allowed it to grow rich thanks to the development of trade and the levying of a tax on goods, particularly on wine shipments passing through the capital.

Stalls and markets opened all over the city but could not absorb the impressive volume of goods. For this reason, a new space was created outside the city walls, at the Fossé de Champeaux. This is how the “Halles de Paris” were born, which allowed Parisians to be supplied for more than eight centuries.

Here we are in the 19th century, under the reign of Napoleon III, the only sovereign of the Second Empire. After a visit to London, he noticed that Paris was much less modern than the British capital and that the narrow, winding streets were no longer able to accommodate the population explosion and the growing number of vehicles.
For this reason, he entrusted the prefect of the Seine, Baron Georges Eugène Haussmann, with the task of transforming his capital.
The prefect metamorphosed the city, razing medieval neighborhoods deemed unsanitary, cutting new arteries and constructing Haussmann-style buildings along these boulevards equipped with sewers as well as gas and water pipes.

This redevelopment of the city had a direct impact on small businesses. Numerous stores were razed to the ground while the widening of the arteries allowed for the establishment of vast stores that would gradually expand.
Customers were delighted to find all the articles they were looking for under one roof and no longer had to run from store to store to buy a piece of cloth, an article of haberdashery, shoes or clothing.
This craze is the death knell for small shopkeepers. This agony is perfectly described by Emile Zola in his books “Pot-Bouille” and “Au Bonheur des Dames“.
We also find the description of these “monsters” that arouse in women an irrepressible desire to buy without measure:

However, Baudu shouted louder, accusing this unpacking of opposite, these savages, who massacred each other with their struggle for life, to come to destroy the family. (…) As he spoke, his eyes darted around the small room; and a tremor came over him at the unacknowledged thought that the savages might one day, if they finished killing his house, dislodge him from that hole where he was warm, between his wife and daughter. In spite of the assurance that he affected, when he announced the final tumble, he was full of terror at the bottom, he felt well the neighborhood invaded, devoured little by little.

A compact swell of heads rolled under the galleries, widening into an overflowing river in the middle of the hall. A whole battle of the trade was going up, the salesmen held at mercy this people of women, whom they passed from one to the other, fighting with haste. The time had come for the tremendous waving of the afternoon, when the overheated machine led the dance of the customers and drew the money from their flesh.

Department stores opened their doors one after another in Paris. “Au Tapis Rouge” was the first to offer novelties from all over the world, ready-to-wear clothes, lace and fabrics all under one roof and offered at unbeatable prices. People rush to discover this heap of goods, this incomparable choice.

Shortly after, it was the Bon Marché’s turn to set up shop at the corner of rue du Sèvre and rue du Bac. Innovations followed one another to seduce an ever-growing clientele. Parisian women and soon provincials were won over.
Since that time, the Parisian department stores have been successful, even if some of the big brands prefer to open small luxury boutiques for rich customers.

Today, most of the department stores of the 19th century have closed or have been bought by large groups.
However, there are still four brands that have preserved the prestigious character of these temples of commerce:

In the 1830s, Aristide Boucicaut was hired by the fabric store “Au Bon Marché”. He quickly imposed his ideas and modernized the store, notably by introducing a free entrance, a pleasant environment and by buying merchandise in large quantities, which allowed him to negotiate better prices and apply reduced profit margins. Boucicaut also distinguished itself by taking care of the well-being of its employees, who received free meals and one paid day off per week. Le Bon Marché was a dazzling success and had to be expanded very quickly. When the Boucicauts died without a living heir, they bequeathed a large part of their fortune to charity, without forgetting to reward their employees according to their seniority and position.

The store continued to prosper and diversify. At the beginning of the 20th century, the most affluent customers could have their hair done, have tea and even stay at the Lutetia, a luxury palace.
After going through a financial crisis, the company was bought in 1984 by the LVMH group, which succeeded in preserving the refined and friendly character of the department store while organizing numerous events that were highly anticipated by customers.

In 1894, two Alsatians took over a novelty store “Les Galeries” located on rue La Fayette. They quickly enlarged the building to offer a wide choice of clothes and accessories to Parisian women and provincials who appreciated this store located near the Saint-Lazare train station.

The store prospered, but the founders, who were of Jewish origin, had to withdraw from the business during World War II. However, one of the directors, Meyer, took over at the end of the war. Nicolas Houzé, who is now the CEO of Galeries Lafayette, is himself a descendant of Théophile Bader, another founder of this Parisian department store which, unlike its competitors, has never changed hands since its creation.

On the other hand, the Galeries Lafayette group has become the owner of other stores, including the BHV-Marais. Today, crowds flock to the galleries not only to shop but also to discover this mythical place. Group visits are organized on request.

It was 1852 when a Lyon merchant “went up” to Paris to try to make his fortune there. He opened several hosiery stores, including one in the Rue de Rivoli. Business was already good when fate gave Xavier Rueil a helping hand. As the Empress Eugenie passed by in the street, the horses in her carriage took fright. Listening only to his courage, the merchant controls them. Napoleon III generously rewarded this man who had protected his wife and it was with this large sum of money that Rueil was able to expand his store, which was initially named “Bazar Napoleon”. It was his grandson and heir, Henri Voguier, who changed the name to “Bazar de l’Hôtel de Ville” in 1900. From that time on, the store innovated by organizing shows and exhibitions within its walls.

On the eve of the 21st century, the BHV was completely renovated and a new department dedicated to DIY was added. It is now part of the Galeries Lafayette group.

In 1865, a former employee of Le Bon Marché, Jules Jaluzot, opened his own clothing and household goods store that he named “Au Printemps“. His greatest innovation was to offer his customers low-priced items at the end of each season, which is reminiscent of our current sales.

After a major fire in 1881, the store was rebuilt larger and more prestigious in neo-classical style. It now occupies 3.000 m² between the boulevard Haussmann and the streets of Havre, Provence and Caumartin. Crowds flocked to admire the interior decoration which gave pride of place to iron and glass and highlighted the goods.

The shelves multiplied and decorative objects, tableware and even furniture were soon available. People come to Printemps to shop but also to attend events, have tea, have their picture taken or marvel at the animated windows during the holidays.

After struggling through the crisis of the 1970s, Printemps Haussmann has recovered financially and is now owned by the Qatari group DISA.

Alongside these four giants, Paris is home to many specialized stores and shops divided into different categories: