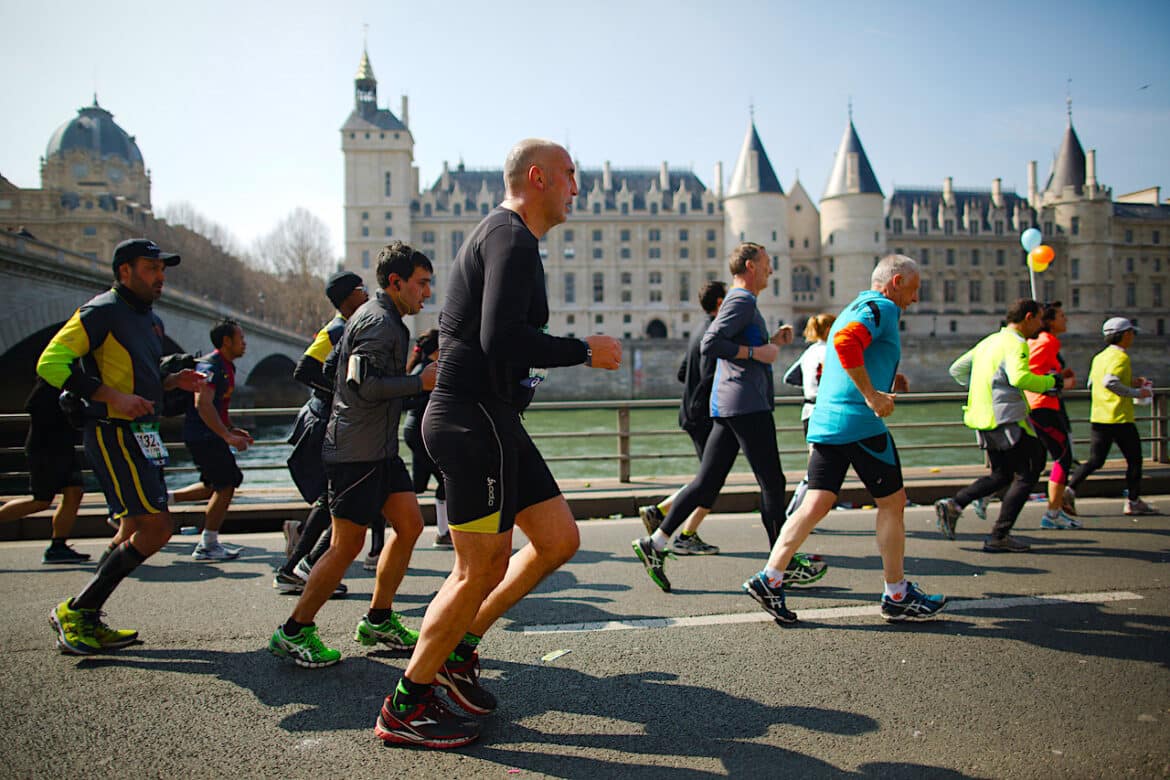 There is no shortage of important sporting events in Paris.

A whole program has been set up for the pleasure of sports lovers of all kinds.
Whether it is to attend the Paris Marathon, or as spectators in the stands of the famous Rolland Garros stadium.

All sports are highlighted. All you have to do is choose which one to include in your agenda.
Let’s take a look at the sports events you can’t miss.
Maybe one of the events will make you want to practice one of the sports you will discover.

Whether you are an amateur or a professional, this is the running event not to be missed but for which a physical preparation is necessary.

The Paris Marathon is organized every year since 1976 and attracts more than sixty thousand runners. The race is organized and run by the Paris Athletics Competition Club Marathon. For its 44th edition the streets of the capital are invaded on 42,195 km. The departure is made at the avenue des champs Elysées until the Porte Dauphine.

The Roland Garros stadium was built in 1927. It hosts the French Open tennis tournament every year. The name was given in honor of the aviation pioneer Roland Garros.

The 17 courts are there to make you throb with emotion to the rhythm of the players’ balls and swings. A must-see event of the clay court season which takes place over a little more than two weeks.

It is an exceptional memory to attend the arrival and departure of the Tour de France.

A real competition of cyclists that crosses France. This year it is the 107th edition that is celebrated for a departure from Nice. Three weeks during which the fans will be able to encourage their favorite cyclist all this in a euphoric and sportive atmosphere.

If you are a fan of water sports, this is the event not to be missed. The event takes place at the Jean Bouin Stadium for the greatest pleasure of the spectators. The Parisian stadium located in the 16th district of Paris is transformed into a water sports base for our pleasure and promises us a unique show.

It is the occasion to vibrate in front of the superb demonstrations of Kit surfing, Wind surfing, surfing… The biggest names of the world surfing will make their appearances.

It is an exceptional event in the world of basketball, because the capital will host at the AccorHotels Arena of Paris a unique NBA game. Basketball fans, this is a moment not to be missed. Two famous teams will face each other: the Charlotte Hornets, whose famous French player Tony Parker will participate against the Milwaukee Bucks.

Come from all over the world to offer you a unique and exceptional show. Masters in martial arts as well as champions in Karate, Krav Maga, Capoeira and many others will assure you a show of more than three hours at the Accorhotels Arena.

It is a unique race of colors of 5 kilometers in the streets of Paris. It is for the runner, the opportunity to run a race in a total pleasure.

Each kilometer is defined by a color to which, volunteers throw a colored and natural powder. At the end of the race it is a collective throw of colors and joy that are captured. An atmosphere is provided for the rest of the day by Djs.

It is at the Porte de Versailles that takes place for the thirty-third edition the Body Fitness. Great sportsmen, athletes and fitness professionals animate during three days this sporting event. Advice will be given to you and maybe it will give you the desire to register in one of the gyms and practice one of these activities.

The Saut Hermès is an equestrian show jumping competition organized by the House of Hermès since 2009. The event takes place in the Nave of the Grand Palais. The most jumping horses will make you blush with admiration. Nine events are offered during the days.

The main and long awaited event is the most arduous and technically demanding, the Grand Prix Hermès which takes place on the last day. In the evening, at the end of the competition, an equestrian show is offered to the spectators.

Vertical of the Eiffel Tower

If there is a sporting event in its own right, it is this one. Climbing the steps of the famous iron lady.

An exceptional race against the clock in which you have to climb the 1665 steps of the monument up to the third floor where the finish line is located. Each participant is handpicked and begins his or her race individually.

One hundred and thirty candidates compete in this race and the trophy is awarded at 10:15 pm.

The Harlem Globetrotters represent an emblematic figure of Basketball and it is in Paris Bercy that they will come to make their show. Originally from the United States, they perform all over the world in a show worthy of the name. Unlimited dribbles, precision shots will make you get up from your seat. This is an event to do with your family.

The Diamond League is a track and field competition that consists of twelve events for men and women. The program includes javelin throw, pole vault, high jump and much more for the pleasure of the spectators…

An annual event since 2010 which is organized by the International Association of Athletics Federations.
There is no lack of dates to spend a pleasant sporting moment with family or friends. Discoveries of some sports will perhaps open you a new horizon.

The sharing and the euphoric atmosphere will be present and this whatever the event which will arouse your curiosity.