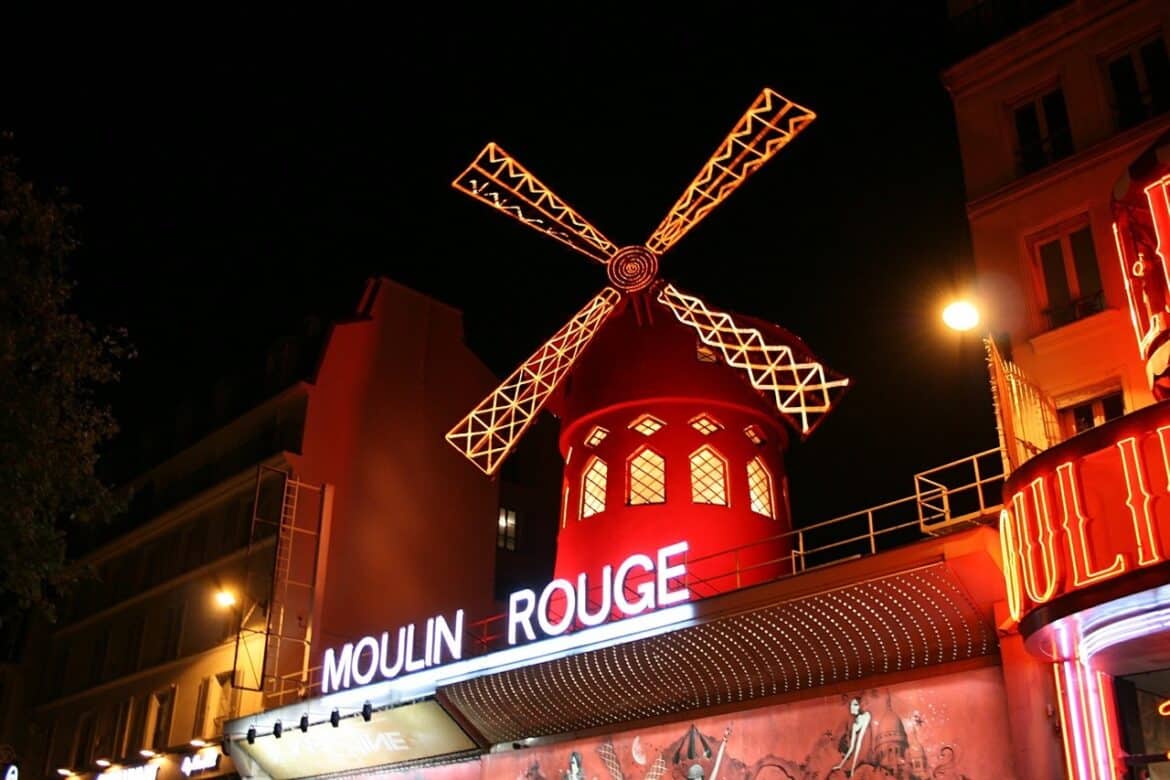 In the 19th century, the cabarets that opened their doors in Paris had a terrible reputation and were accused of promoting drunkenness and prostitution. These disreputable places, often simple rooms of a dwelling, were then frequented by the most underprivileged classes of the society.

Only the Maîtres et Gardes de L’Hôtel-de-Ville and the Procureur gave permission to become a Parisian cabaret owner. The police forces ensured that the rules were respected, such as the ban on serving drinks during services on Sundays and holidays, and the opening of establishments, especially at Easter and All Saints’ Day.

Little by little the reviews improved and diversified and the bourgeois joined the workers in the concert cafés, the most famous of which were the Chat Noir and the Folies-Bergère.

At the dawn of the 20th century, prices increased, driving out the workers who gave way to the wealthy.

If most of the cabarets that made Parisians happy have now disappeared or have been transformed into showrooms, others have adapted and have stood the test of time. They have been joined by new establishments which now participate in the reputation of the evenings and nights of the capital. 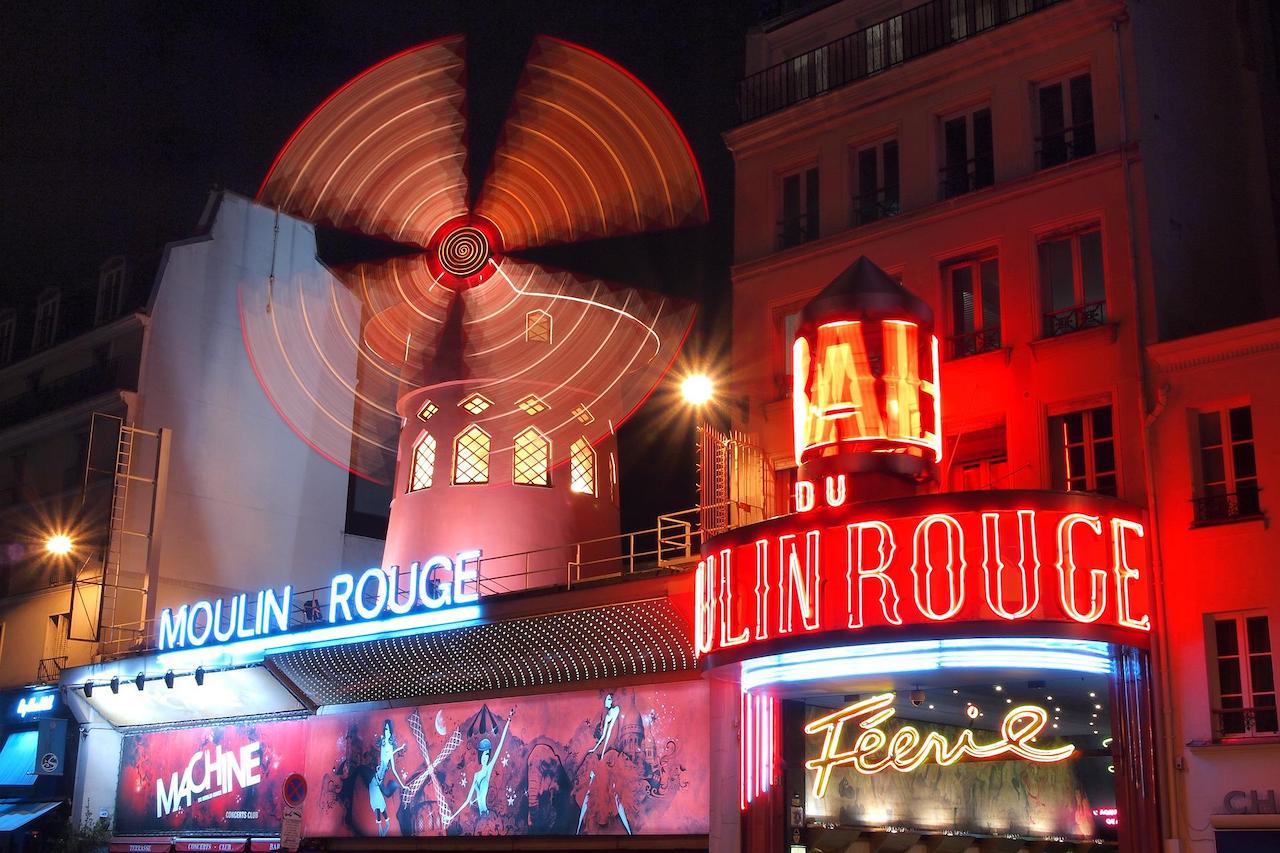 Created in 1889, during the Belle Époque, the Moulin Rouge reminds us that the Montmartre hillock was once planted with windmills. Its founders wished to attract a wealthy clientele who liked to indulge in popular neighborhoods. From the beginning, the Moulin Rouge had a very mixed social clientele and artists, bourgeois and workers mixed together in a festive atmosphere.

Even women enjoyed coming to these often extravagant evenings, to the French Cancan shows reminiscent of Jacques Offenbach’s operetta and to the dances of Jane Avril or La Goulue. You can meet Toulouse-Lautrec as well as the Prince of Wales.

The Moulin Rouge is open every day of the year.

The Lido was inaugurated in 1946, just after the Second World War, in place of an old entertainment establishment and a swimming pool for an elite clientele.

The founders transformed the building and offered a dinner and show formula that seduced Parisians. Two years later, Margaret Kelly and the Bluebell Girls joined the cabaret. This world-famous troupe of dancers still performs at the Lido.

Many artists have also performed on the Lido stage such as Edith Piaf, Josephine Baker, Elton John or Marlene Dietrich.

The Lido is open every day of the year.

The Crazy Horse Saloon was created in 1951, in the Golden Triangle. Two years later, the first show included a partial nude number and the profits were donated to the Fondation Abbé Pierre.

The originality of the shows made the reputation of the cabaret which did not hesitate to make parodies about the political and religious world or full nude scenes from 1966.

In 1995, Crazy Horse opened a second cabaret in Las Vegas and, ten years later, a third in Singapore.

Sold the following year to a Belgian entrepreneur, Crazy Horse regains its avant-garde character based on creation with notably Dita von Teese as a “guest star”.

Since 2017, the Crazy Horse presents its show “Totally Crazy”, a retrospective of the shows and creations proposed during the 65 years of existence of the cabaret.

The Crazy Horse is open every day of the year and offers two shows on weekdays and three on Saturdays.

The Paradis Latin is the oldest Parisian cabaret still in activity. It opened its doors on rue Cardinal Lemoine in 1802. Very quickly, it became one of the main places of the Parisian nights and one finds there as well Balzac as Alexandre Dumas.

After a fire during the 1870 war, it was reborn from its ashes in 1887 when Gustave Eiffel rebuilt it so that it could open its doors during the 1889 Universal Exhibition. Taking advantage of this event, the cabaret was packed every night.

Five years later, the Paradis Latin, which had failed to adapt its shows to an increasingly demanding public, closed its doors.
The building was bought in 1973 by a real estate developer who planned to install apartments there. When he discovered the remains of the old cabaret hall, he changed his mind and decided to bring the Paradis Latin back to life.

Since then, the cabaret opens its doors every night and offers its new revue L’Oiseau Paradis created in 2019.

The cabaret Michou, named after its owner, opened its doors on rue des Martyrs in 1956. Very quickly what was originally a night bar became a place full of fantasy that welcomed its guests in a warm and friendly atmosphere. Transformer acts were added to the show and Michou took on the role of ringleader.

The almost confidential character of the cabaret contributes to its success. People came as friends, almost as family members.
At the same time, Michou became the king of the night and was definitively adopted by Montmartre of which he was one of the symbols.

Michou, whose real name was Michel Georges Alfred Catty, died on January 26, 2020.
The cabaret Michou is open every night of the year. 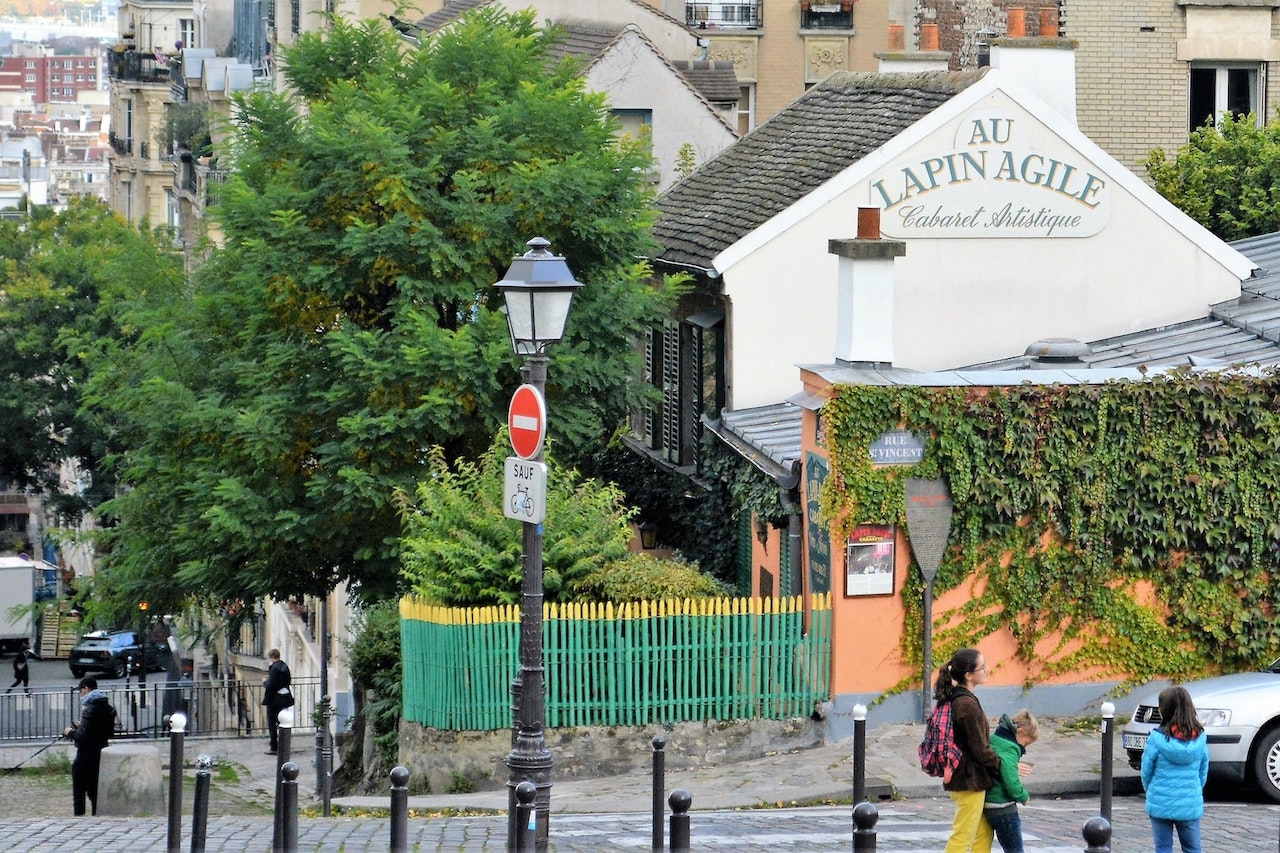 In the 19th century, Montmartre was divided in two by the wall of the Fermiers généraux and if the lower part of Montmartre was known to be a lively district, the upper part had more the appearance of a village frequented by many artists who appreciated the calm of the countryside just a stone’s throw from Paris. This peaceful life does not prevent the installation of inns frequented by modest people who come to get drunk at lower cost. Indeed, beyond the wall, wine was not taxed.

The establishment became the “Lapin à Gill”, referring to the sign painted by the caricaturist André Gill, and was bought in 1866 by a French cancan dancer, Adèle Decerf. She transformed it into a café-concert and thus attracted the clientele of Parisian cabarets during the day.

Little by little, the artists of Montmartre settled in this cabaret which became “Au lapin agile”. Indeed, the owner, Father Frédé, accepted to be paid in paintings or in a few verses scribbled on a piece of paper.

This good-natured era ended with the world wars but the Lapin Agile survived the conflicts. From then on, artists were paid to go on stage, but the current owner kept the bohemian atmosphere and perpetuated the traditional wakes that allowed comedians and songwriters to try their luck in front of a sympathetic audience.

Accommodation and catering in Paris