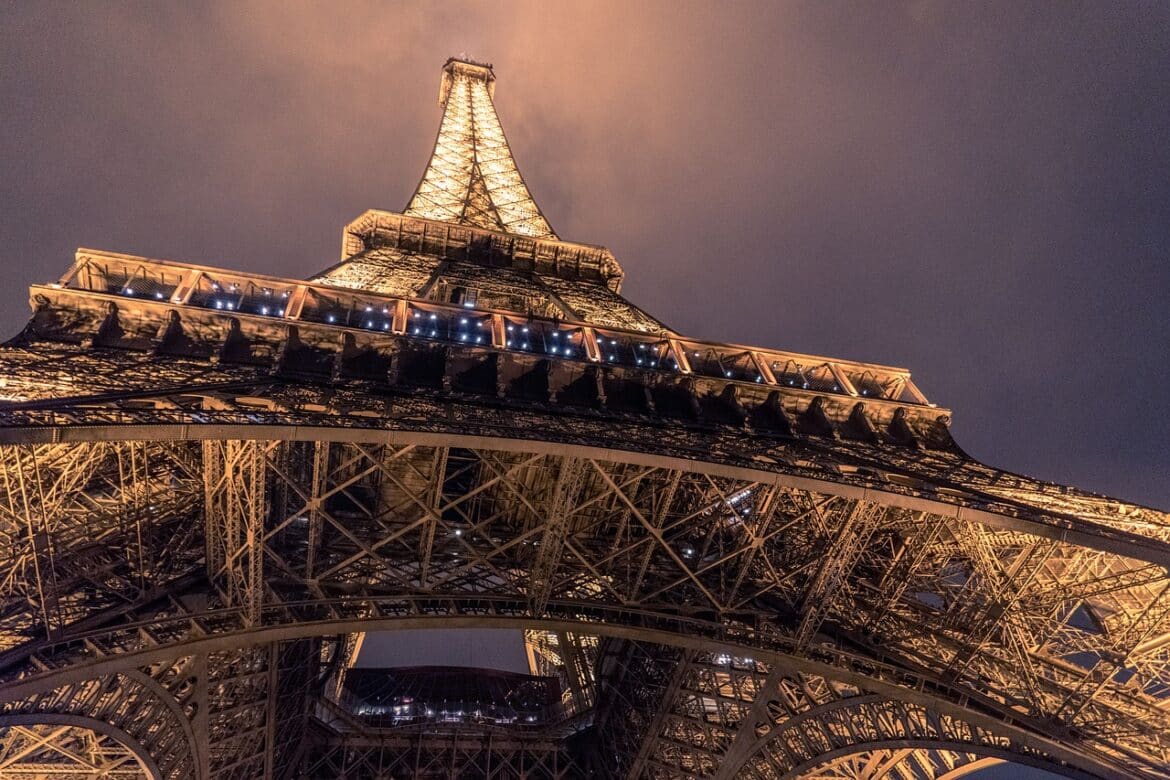 Capital of gastronomy, temple of fashion, city of light, Paris is one of the favorite destinations of the French and foreigners.
Paris is first and foremost a city with an extraordinary architectural and cultural heritage, witness to its long past. Paris is also a city that never sleeps, where theaters, cabarets and theaters take over from monuments and museums at nightfall.
We suggest you follow the guide to discover the tourist sites but also the unusual or even mysterious places of the capital as well as the good plans to succeed your next stay in Paris.

But first of all, let us tell you the story of an extraordinary city.

We are in the 1st century B.C. when Julius Caesar, driven by ambition, decided to conquer the Celtic peoples who had settled beyond Transalpine Gaul.
At that time, the Parisii, the Velocasses, the Carnutes and the Senons occupied the Île-de-France.
Let’s take a look at the fate of the Parisii, a tribe that prospered thanks to the trade established with the peoples of southern Gaul and northern Italy.
For a long time, historians hypothesized that their capital was located on an island in the Seine, probably the Ile de la Cité. However, recent work has revealed that the main oppidum of the Parisii was more likely located at Nanterre, in the Hauts-de-Seine. Indeed, excavations have brought to light the remains of an ancient monetary workshop, a sign of the importance of the place.

It is therefore likely that the Romans destroyed the capital of the Parisii after their defeat in 52 BC and founded Lutetia on the site of a small village, a common practice at that time.
Very quickly, Lutetia became important and was endowed with all the traditional Roman monuments, baths, amphitheaters, forum, …
The whole region included in the Gaul of Lyon took advantage of the Pax Romana and the construction of the great roads to get rich. Lutetia was not chosen as the capital, however, a status that fell to Lugdunum (currently Lyon).

This period of peace came to an end when the Germanic peoples, taking advantage of the weakening of the Roman Empire undermined by conflicts of succession, carried out their first raids in Gaul during the 4th century.
Little by little, the Germanic peoples settled in these distant Roman provinces deserted by the legions and this is how the Franks of Clovis took over Lutetia, which was renamed “Civitas Parisiorum” in 486.
For the first time, Paris became a capital when Clovis chose to establish his residence there. His son Childebert I inherited the kingdom of Paris which was then integrated into Neustria.
Very quickly, Paris extended its territory on the right bank of the Seine and large constructions transformed its physiognomy.

The history of Paris was not, however, a peaceful one and the city, although prosperous, regularly experienced dark times due to major epidemics, conflicts of succession, Viking invasions and revolts of a starving people who were heavily taxed in order to finance the Hundred Years’ War, which left the capital bereft.

After a brief lull, the 16th century was marked by the Wars of Religion and Paris experienced one of the most dramatic episodes in its history, the St. Bartholomew’s Day massacre in 1572, on the occasion of the marriage of the Protestant Henry III of Navarre, the future Henry IV, to Marguerite de Valois.
However, it was Henri IV who offered France a new era of peace. The country was henceforth governed by kings of divine right.

In the 18th century, the royal power diminishes and France loses a large part of its power at the same time as its colonies following the Seven Years War considered by historians as the real first world conflict.

The people on the verge of agony due to successive bad harvests and new taxes revolted in 1789 which marked the end of the absolute monarchy in France.
There followed a rapid succession of regimes, from the revolutionary government to the Republic through the Directory, the Consulate, the First Empire, the First Restoration, the Hundred Days campaign, the Second Restoration and the Second Empire.
After two brief attempts, the Republic proclaimed by Gambetta was definitively established in 1870. Its beginnings were difficult and the following year Paris was once again set on fire. The “Paris Commune” was severely repressed. However, this episode marked the beginning of a new era, notably with the vote of the law authorizing the creation of professional unions.

This long and tumultuous history is written in the monuments and streets of Paris. Of course, we no longer present the most famous tourist sites such as the Eiffel Tower, the Arc de Triomphe, the Invalides, the Sacré-Coeur de Montmartre, the Place Pigalle or Notre-Dame.
But we also invite you to discover lesser-known but equally interesting museums and buildings such as the oldest house in the capital built by Nicolas Flamel to provide shelter for the poorest, the colorful facades of the rue Crémieux, the Passage des Panoramas or the Buddhist Pantheon and the Japanese garden.

Museums are just as numerous and it is with happiness that art and history lovers discover the collections of the Louvre, the Orangery or the Orsay and Cluny museums.
But here again, the visitor can venture off the beaten track to learn all about the history of perfume, chocolate, fairground arts or even eroticism.

Weather permitting, a stroll along the quays of the Seine lined with bookshops or in one of the many green spaces of the capital offers a salutary break between two visits. From the Tuileries garden to the Bois de Vincennes, through the acclimatization and Luxembourg gardens or the Auteuil greenhouses, take full advantage of the freshness of these green spaces.

Finally, when the city lights up at nightfall, Parisians and tourists gather to enjoy all the pleasures the capital has to offer.
From previews at the big theaters to cabaret shows, from romantic dinners on the Seine to after hours in trendy bars, Paris offers an extraordinary range of outings for night owls.

Don’t hesitate to consult our different sections regularly in order to find the ideas and the good plans that will transform your stay in the capital into unforgettable moments.